G-Code as a second language

That’s how long G-code has been part of the manufacturing process at STC Industries.

Long before CNC was the buzzword it is now. Long before many of today’s seasoned programmers were even born, we were using G-code.  I still remember working with JQ, before he joined Orange County Choppers. On the show he was a “CNC Gangsta”. Before that I remember him working on his first Haas toolroom mill.

I first learned G-Code in the early 70’s. My friends who were computer programmers, working with hi-level languages such as BASIC, thought it was insanely complicated.

I always thought it was the coolest thing, that is, to string a bunch of characters together and make a 30 horsepower machine the size of a truck move to a position within a thousandth of an inch.  To me, it was magic, and to tell the truth, after all these years, it still is.

In those days there was no “CNC” (computerized numerical control). It was only NC, meaning there was no computer attached. Mills and lathes ran from an NC tape. Sometimes paper or, for long runs, we’d punch mylar tape. Tape was 1 inch wide, and for big programs hundreds of feet long, punched full of holes in EIA format. One wrong character, one misplaced hole, on sloppy keystroke, and you had to start over.

Eventually our machines got CNC retrofits, and you did have a computer (albeit fairly primitive) and then you could write and edit right there on the machine. I still remember the rush of my first edit on the control, something we now take for granted.

CNC’s evolved, they got better, smarter, faster. Fanuc came along and made G-code very standardized and very stable.

And then CAM (computer aided manufacturing) software came to the machining world. APT and Compact II programming was available, and the world of machining changed again.

Those were all million dollar mainframes no one could afford, so we did time-sharing, and were charged by the minute.

Then the personal PC came along, and we could have CAM software right on our own computer. STC went through 5 different programming software systems before settling with Mastercam in 1988. We’ve been using Mastercam consistently for over 30 years.

We’ve seen alot of changes in metal cutting industry through the years. Many shops I’ve known just wouldn’t or couldn’t keep up with all those changes. Too expensive. Too hard. Too new. For me, each new change has made it a little easier, a little faster, a little better and a little cooler. So you could focus on making that part that’s just harder than you could before; able to push capabilities a little further.. 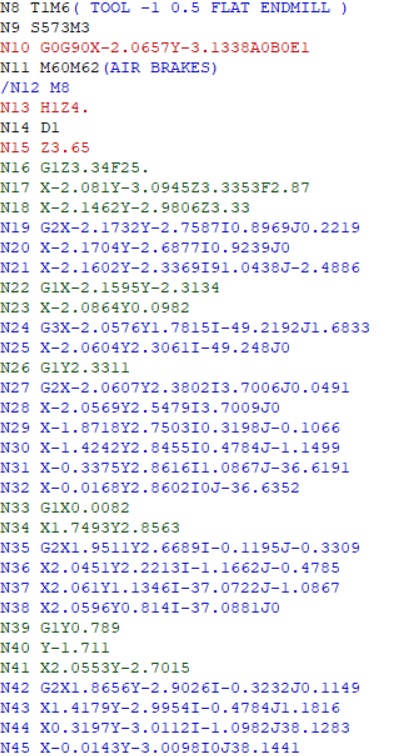 Stay informed about the latest equipment, capabilities, technology and news at STC